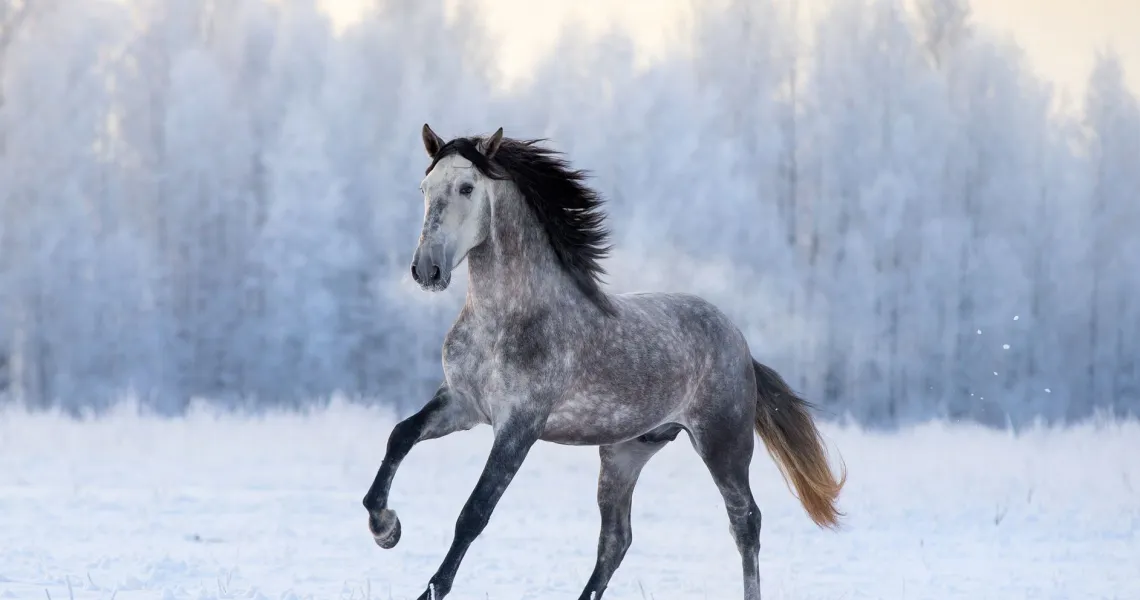 The Andalusian horse is a breed that is known for its beauty, athleticism and intelligence.

This ancient breed has been used for centuries in many different ways, from war to farming to transportation.

If you are interested in learning more about this amazing breed, read on!

Here are some of the key things you need to know about the Andalusian horse:

The name of the breed comes from the province of Andalusia in Spain, which is where the breed originated.

Its origins may be traced back thousands of years to the ancient horses that inhabited the Iberian Peninsula in Spain in prehistoric times.

Horses introduced by explorers to the Iberian Peninsula affected Iberian horses, which eventually gave rise to the Andalusian breed.

As far back as Ancient Greece and Rome, Andalusian and Lusitano breeds of horses were prized for their superior riding abilities.

Since the 15th century, the Andalusian has been recognized as a separate breed, and its conformation has altered very little over the course of those five hundred years.

Throughout its history, this horse has been renowned for its strength as a warhorse and has been cherished by the aristocracy.

The Andalusian is a breed that has been utilized as a foundation for the development of many other breeds, particularly in Europe and the Americas.

The Andalusian is closely related to the Lusitano, which originates in Portugal.

By the 15th century, the Andalusian had developed into its own breed, and it was already having an impact on the evolution of other horse breeds.

Their usage as cavalry horses was likewise well-known.

The Spanish government also used horses as an instrument of diplomacy, which resulted in their exportation to many other countries.

As time progressed, rulers from over Europe, including every French monarch from Francis I to Louis XVI, had equestrian pictures of themselves riding Spanish-type horses.

In spite of the fact that they have a long history, modern Andalusians may be traced back to a very limited group of horses that were bred by religious orders in the 18th and 19th centuries.

Intelligent and easy to train, but sensitive and spirited.

In inexperienced hands, these horses may become too much for their riders.

They are compact and athletic with natural elevated, elegant movement.

Andalusian horses are known for their lively, forward-moving gaits, which are a result of their compact bodies and high degree of flexibility in the leg joints.

Andalusians are known for their long, thick manes and tails.

The breed’s medium-sized heads have a straight or slightly convex appearance.

Profiles that are ultra convex or concave are avoided in the breed and penalized at breed exhibitions.

Their necks are long and wide, leading to well-defined withers and a large chest.

They have a rounded croup and a short back with wide, powerful hindquarters.

The breed has lively gaits, clean legs, with no predisposition for blemishes or injuries.

There is not an excessive amount of feathering on the legs.

Andalusian horses have a movement that is extended, elevated, cadenced, and harmonious.

They move in a way that strikes a balance between roundness and forward movement.

The breed registration criteria prohibit having poor elevation, an inconsistent pace, and excessive winging, which is defined as the movement of the legs from the knee down in a sideways direction.

Gray and bay are the most common colors, although black, dun, chestnut, and palomino are also seen in small numbers.

Andalusians with unusual coat colors, like buckskin or cremello, are also eligible for registration.

They are a good choice for dressage, but can be seen trail riding, jumping, and also doing Western pleasure, and even driving.

It’s a popular breed for parades, and is often used as a bullfighting mount in Spain and Portugal.

Andalusians are also seen in a significant number of films, particularly historical films and fantasy epics like “The Lord of the Rings,” “Gladiator,” “Game of Thrones,” and “Braveheart,” amongst others.

There are a number of health problems that Andalusians are more likely to suffer from:

Laminitis – Those Andalusians that suffer from digestive problems are also more likely to develop laminitis, a painful hoof illness that needs long-term therapy and care.

Metabolic issues – Metabolic problems, such as Cushing’s syndrome, are common among older Andalusians.

In many cases, these conditions need a strict diet and sometimes medication.