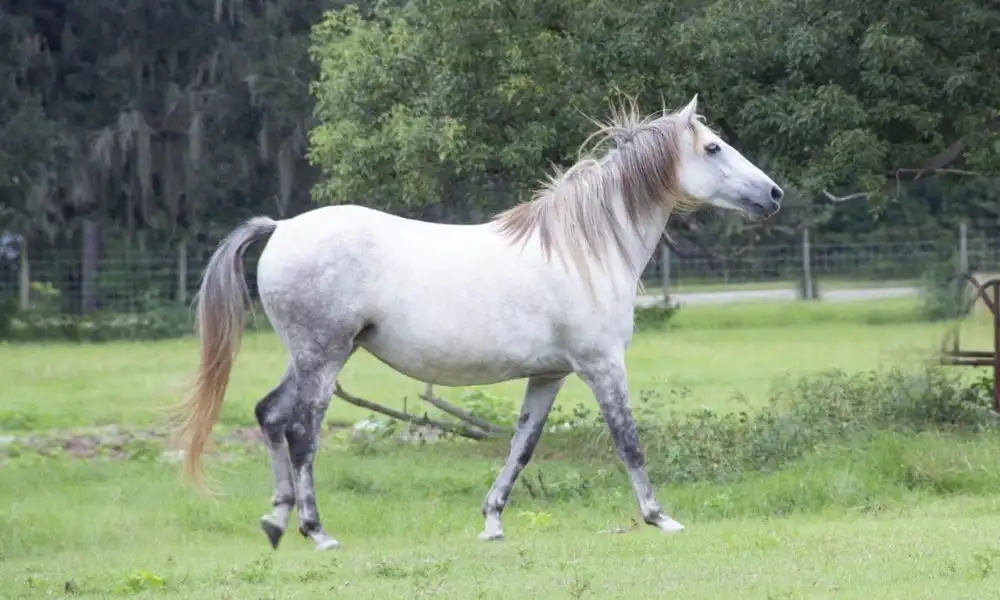 The Florida Cracker Horse has a refined head and intelligent, keen and alert eyes, well-spaced. The eyes are dark with a white sclera, gray or blue. This breed’s neck is fairly narrow, with no excessive crest and is the same proportion as the length of the back, from withers to croup. The chest is medium to narrow, shoulders are laid back, sloping, long and smooth muscled. The croup is sloping and short with the tail being set medium low. The under line of the body is longer than the top line, with well spring ribs.

The ancestors of today’s Cracker Horses were introduced into what is now Florida as early as 1521 when the Spaniard, Ponce de Leon, on his second Florida trip, brought horses, cattle and other livestock. Such introductions were continued well into the next century by other Spanish explorers and colonists and by mid-1600, cattle ranching and horse breeding was well established. Feral herds started from escaped and liberated animals and both Spanish horses and cattle were quite numerous and common to many areas of Florida long before it became a United States possession in 1821.

First the Indians and later the pioneers began to use the Spanish Horses. They were hardy, had adapted well to the Florida climate and environment and excelled as working cow ponies. Although best known for their talents at working cattle, Cracker Horses were frequently pressed into service as buggy horses, workstock, and in many instances, were the only horse power for many family farms well into the twentieth century. They are indeed a vital part of Florida’s agricultural heritage and are very deserving of a place in Florida’s future

These horses were first introduced into Cuba and the Caribbean Islands.

They are known for their unusual strength and endurance, herding instinct, quickness and fast walking gait.