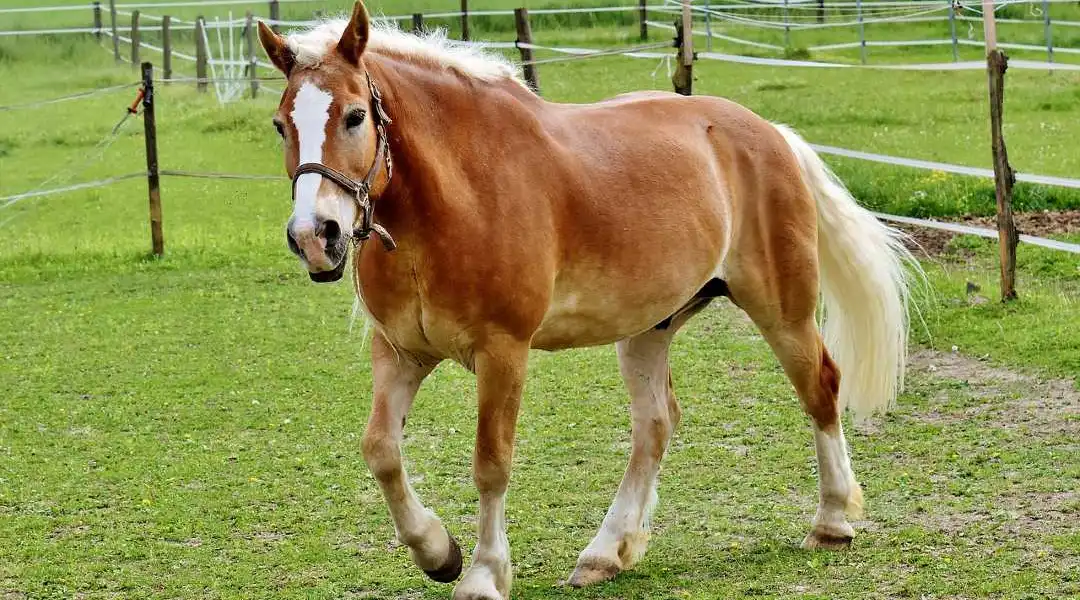 They come from a mountainous region in Austria and have been used as working animals for hundreds of years.

Today, Haflingers are popular mounts for recreational riders and are also used in Western riding competitions.

If you’re thinking about getting a Haflinger horse, here’s what you need to know.

Here are some of the key things you need to know about the Haflinger:

Some historians believe that the origin of Haflingers may be traced back to the 6th century, when Eastern Goth armies were fleeing the Byzantine empire and left their Arabian and Barb horses behind in the valleys of Tyrol in Austria and Northern Italy.

Another theory is that the first Haflinger was a horse from the Kingdom of Burgundy that was in 1342 given to the son of Holy Roman Emperor Louis IV to commemorate his marriage to the Princess of Tyrol.

There is also the theory that they originated from the small mountain ponies that were native to the Etsch Valley in the Middle Ages.

However it may be, the history of the modern Haflinger is very simple: every member of the breed may trace their ancestry back to 1874, and a golden stallion called 249 Folie who was born at the state stud farm in Hafling, in the region of South Tyrol in Austria.

The breed hasn’t changed much since then.

The Great Depression and the World Wars had a negative impact on the breed also because lower-quality animals were sometimes used in breeding to prevent its extinction.

The Haflinger was bred to be small and stocky during World War II; however, since that time, the emphasis of breeding has turned toward creating versatile horses that can be both ridden and driven.

Even though in the years after World War II the Haflinger was extensively crossed with other breeds rushing toward another dire situation, breeders recognized it and a closed studbook was created shifting the focus to producing purebred animals.

In spite of a general decline in the European horse population between 1950 and 1974, the number of these horses rose thanks to growing interest in the breed in other countries.

The Haflinger population continued to expand at a steady rate, and by the year 2005, there were approximately 250,000 of them in the world.

Although breeding farms may be found in a number of different countries, the majority of breeding stock is still imported from Austria.

As with horses with conformation flaws, horses with a challenging personality are discouraged from use in breeding programs.

They mature slowly, and it is common for Haflingers to live and work far longer than many other breeds.

There have been reports of Haflingers still working in their thirties and even forties!

An interesting fact is that the first horse ever cloned was a Haflinger filly named Prometea.

It was an experiment conducted in 2003 by Italian scientists.

Haflingers are very similar to Avelignese horses from Italy.

Easy-going disposition, gentle nature, curious, friendly, but can be wilful and stubborn

The head is refined, with large eyes and wide nostrils.

The neck is medium in length.

The withers are somewhat pronounced and attach to the strong back.

Hindquarters are well-muscled and slightly sloping.

Two distinct types of Haflingers are recognized by certain authorities: one is shorter and heavier and is used for draft work, while the other is taller and lighter and is used for pleasure riding, light driving, and under-saddle competition.

They are always chestnut, and shades range from a rich golden chestnut, liver chestnut to a light gold color.

The mane and tail are always white or flaxen, and they may have white markings on the face and legs.

Haflingers are hardy and healthy, but may be affected by an inherited neurodegenerative disorder called Equine Degenerative Myeloencephalopathy, which causes ataxia and even death