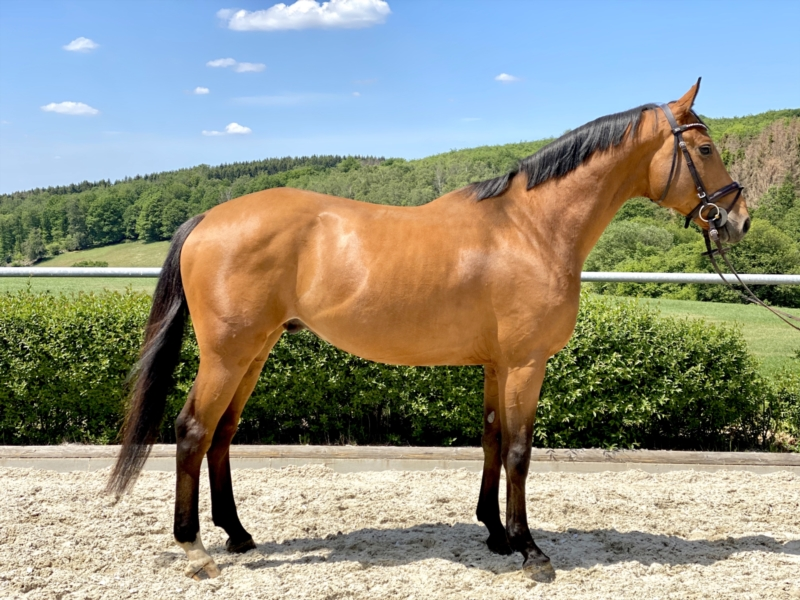 The Mecklenburger is a horse breed that was developed in the northeastern part of Germany.

This versatile breed is used for everything from dressage to carriage driving.

If you’re interested in learning more about the Mecklenburger, keep reading!

Here are some of the key things you need to know about the Mecklenburger:

When the House of Mecklenburg ruled the northeast German area of Mecklenburg-Vorpommern in the 16th century, a distinct breed of horse started to emerge.

It was neither a draft horse nor a Thoroughbred nor an Arabian; rather, it was something in between, a versatile animal that could serve as a carriage horse, plow horse, regular saddle horse, and even a mount for the cavalry.

The Mecklenburger, as expected, was named after its home region and has since become a well-known breed.

However, following the end of the war, the government ended its funding for breeding projects.

After that, many local breeders started crossing their Mecklenburg horses with other breeds to develop specific characteristics – for example, the Thoroughbred was used for developing a better riding horse, while drafts like the Suffolk Paunch were used for developing heavier working animals.

Because of that, by the end of the 19th century, pure Mecklenburg horses were almost gone, so an effort was made to bring in new Warmblood stock in order to protect their lineages.

They were mostly crossed with Hanoverian, but also Oldenburg, Holsteiner and Danish Warmblood.

Their breeding went on until the conclusion of World War II, when they were no longer required for military purposes.

After the middle of the 20th century, they were crossed again with English Thoroughbreds and some Trakehaner blood to make them better riding horses.

Even though it is referred to as a breed, it should be noted that the Mecklenburger, like other German Warmbloods (except the Trakehaner), is more of a type than a distinct breed.

Individual German Warmblood types like Oldenburg, Holsteiner, Hanoveranian, Westphalian, Württemberger, Rhinelander etc. are not recognized as ‘breeds’ since they have an open stud book, and are still evolving.

In order to improve their performance abilities or personality traits, they are still often crossbred with one another, other Warmblood types, and other breeds like the Thoroughbred, Arabian, and Trakehner.

Warmblood horses bred in Germany are always given the name of the region in which they were born, and every horse is registered with a regional breed registration, and it cannot be registered with more than one registry.

Lively, but obedient and easy to train

The head is refined and expressive, and the neck widens as it goes down to the well-defined withers.

The chest is deep, and the shoulders are sloped and long.

The back is strong, and the croup is sloped.

The legs are long.

Overall, it is a well-proportioned, strong-boned, muscular, athletic and elegant horse.

Mecklenburgers may be identified by the brand placed on their left hip featuring a letter ‘M’ under a stylized crown.

They are also excellent pleasure mounts for intermediate to advanced riders.