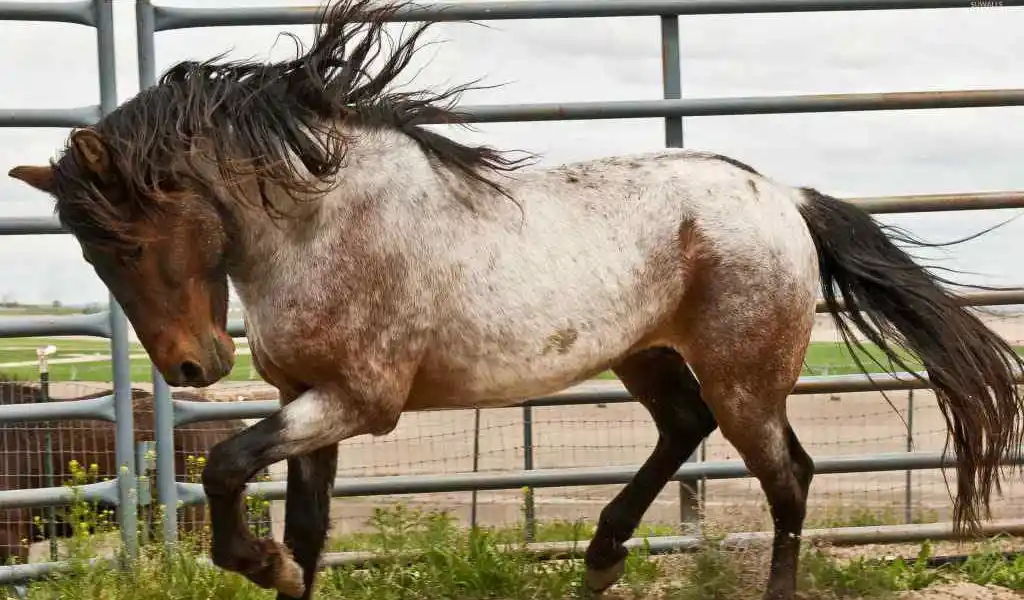 The Barb is a rare and beautiful horse breed that originated in Northern Africa.

They are known for their intelligence, strength, and athleticism.

Though they may be rare, there is much to learn about this amazing breed!

In this post, we’ll cover everything you need to know about the Barb horse!

Here are some of the key things you need to know about the Barb horse:

The Barb horse, also known as the Berber horse, is closely tied with the Amazigh or Berber peoples of the Maghreb.

The Barb horse is a breed that is thought to have originated in North Africa.

This breed is notable for having a conformation that is not typical of a sport horse.

Many known horse breeds, particularly raging stocks like Standardbred, Thoroughbred, and American Quarter Horse, are developed from this breed.

Barb’s precise ancestry is a mystery, although it was well-documented in the second century BC and was well-established by the eighth century.

There is also some debate regarding whether Barb and Arabian horses descended from the same ancestor, or if the Arabian was the Barb’s ancestor or perhaps even descendent.

Claudius Aelianus, a 2nd century Roman writer, said of the Barbs (or Numidian horses, as they were known then), that they were extraordinarily fast and strong and withal so tame that they can be ridden without a bit or reins and can be guided simply by a cane.

Breeding and riding horses with these characteristics was crucial to Berber tribes.

It was a style of riding known as ‘jineta’ that required the horse to anticipate its rider’s and his opponent’s movements and obey without question as they dodged, parried, and struck.

The extraordinary agility of these horses was eventually used in the development of the Andalusian in Spain.

The Barb was ultimately responsible for the development of a great number of breeds in Europe, the most notable of which being the Lusitano and the Thoroughbred.

The Barb has had more influence on the development of equine breeds throughout the world than any other horse except the Arabian horse.

But the turning point for these equines occurred when the Spanish loaded them up on ships and transported them to the New World.

There, Barb and Iberian horses had to show their worth in the harshest conditions.

Their offspring gave rise to a wide variety of highly specialized horse breeds, including the Criollo, the Mustang, the Quarter Horse, the Appaloosa, and the Paso Fino, to name just a few.

All of these breeds have the Barb’s robust, compact physique, agility, intelligence, and courage.

Unfortunately, the number of purebred Barbs in North Africa is declining as a result of economic hardships.

The World Organization of the Barb Horse was established in Algeria in 1987 with the intention of preserving and promoting the breed.

The Barb is a light riding horse with a narrow head with a slightly convex profile, high withers, powerful front end, short back, a sloping rump, low tail, hardy legs and sound hooves.

The legs are strong and hooves are narrow. It is hardy and possesses incredible stamina.

The Barb’s movements aren’t spectacular or flashy, yet it gallops like it could run all day.

They are also a popular mount in the Moroccan tbourida, or fantasia festival, in which huge troops of horsemen re-enact wartime cavalry charges.

Their origin is unknown, but in later stages it was influenced by the Arabian, Akhal-Teke and the Caspian, as well as Iberian horses brought to Africa by the Berber invaders who conquered southern Spain in 711.

The Barb’s core traits proved very enduring, and the influences of these other breeds are quite subtle.