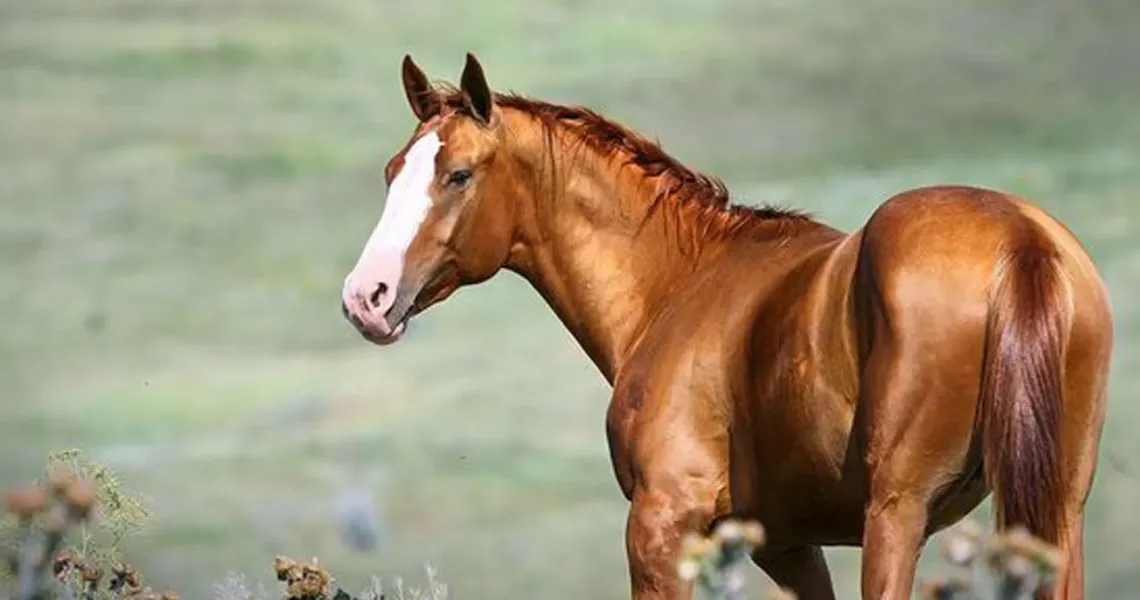 Russian Don is an old breed of horse that originated in Russia.

They are known for their calm and willing demeanor, as well as their strength and durability.

If you want to know more about this fascinating breed, here is everything you need to know!

Here are some of the key things you need to know about the Russian Don horse:

The Russian Don is named after the river Don in southern Russia.

The origins of the Don horses may be traced all the way back to ancient times and the Nogajy tribes that lived east of the Caspian Sea.

Their horses were renowned for their extraordinary stamina and the fact that they were able to endure the bitterly cold winters and burning hot summers of the southern steppes.

The Don horse was first mentioned in writing in the 16th century, when Cossack tribes – renowned for their particular horsemanship skills – around the Don and Volga rivers crossed semi-wild horses from the Russian steppe with Arabian, Turkmenian (modern-day Akhal-Teke), and Karabakh horses.

This ancient variety, which was admired for its remarkable toughness and durability, was frequently referred to as the Old Don.

In the 18th century, specialized studbooks were created, marking the beginning of organized breeding programs.

The wild steppes mares were crossed with Thoroughbred and Arab stallions.

The end result was a superior horse, whose skills were quickly recognized and valued by the military.

In the war of 1812 against Napoleon, these characteristics were put to the test as the Cossacks followed the exhausted French army from Moscow through Europe in the winter weather, with temperatures plunging as low as -40 degrees, eventually arriving in Paris in the spring of 1813.

Due to the success of this campaign, the popularity of the breed skyrocketed.

After that the Russian military made endurance rides on Don horses a standard practice.

In November of 1883, four officers and 14 Cossacks rode their horses 747 miles (1,205 km) from Nijny Novgorod to Saint-Petersburg in 11 days despite riding through heavy snow and experiencing temperatures as low as -5 degrees Fahrenheit (-20 degrees Celsius).

In 1899 Cornet (the third grade of a commissioned officer in a cavalry troop) Asseev rode a distance of 1630 miles (2620 km) from Luben in southern Russia to Paris in France in 30 days.

At the time, Paris was hosting the World’s Fair.

The outstanding accomplishment was acknowledged in no less than 200 newspapers.

They were subsequently crossed with Thoroughbred and Orlov horses to develop a taller, and a more elegant Russian Don.

Don horses suffered as a result of the collapse of the Soviet Union.

Lack of attention to breeding and selection led to a steep decline in population.

Fortunately, a few hundred of the most valuable mares and stallions survived.

In 1995, the famous adventurer Basha O’Reilly rode a Don stallion, Count Pompeii all the way from the Volga steppes to England, covering a distance of around 2,500 miles (4,000 km).

This accomplishment is described in the book Count Pompeii: Stallion of the Steppes.

The head is refined, and normally straight but occasionally also dished due to the Arabian influence, with expressive eyes.

The neck is lean, straight and with a crest.

The chest is muscular and large, and the back is long.

The legs are clean with tough hooves.

The Don is a robust-natured horse.

Most solid colors, with golden chestnut being the most common

General riding, endurance races, in the past as cavalry horses