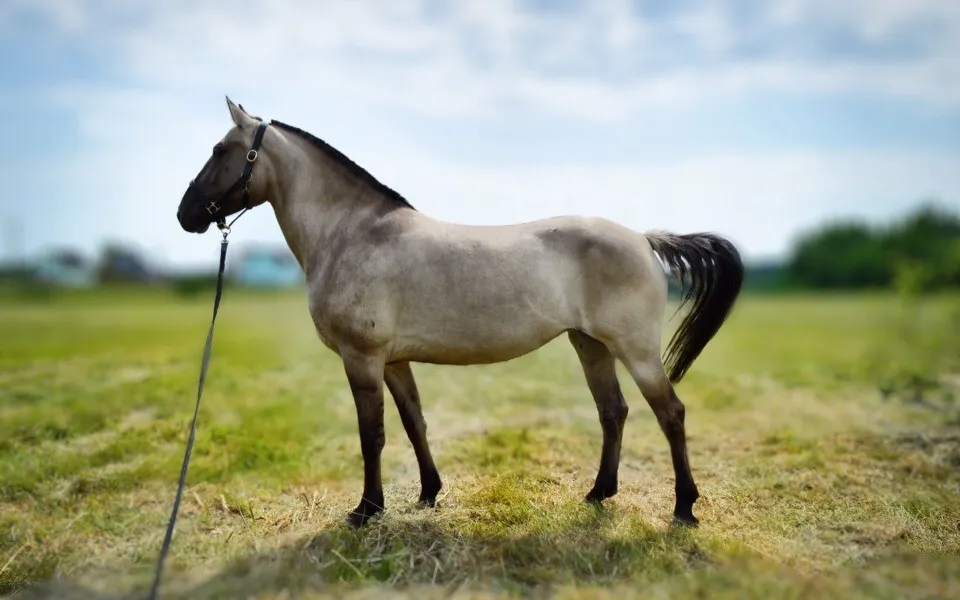 The Vyatka is a breed that has been around for centuries.

They are known for their speed, strength, and endurance.

In this article, we will discuss the history and characteristics of the Vyatka Horse.

So, if you are interested in learning more about the Vyatka Horse, keep reading!

Here are some of the key things you need to know about the Vyatka horse:

The Vyatka was named after the Vyatka River, which runs through the Kirov Oblast area of western Russia.

The Vyatka horse was developed between the 14th and 18th centuries in this region which was also formerly known as the Vyatka region.

It is thought that the first Vyatka horses were direct descendants of the extinct Tarpan, which was a subspecies of the equine species that existed as both a domesticated horse and a wild animal up until the 19th century.

The Vyatka was also inspired by Estonian horses that immigrants from Novgorod, a city to the northwest of Kirov Oblast, brought to Russia in the 14th century.

It is possible that later imports of Estonian horses further reinforced this impact, which is currently most noticeable in the clean and muscular conformation of the Vyatka.

The breed’s exposure to difficult, rocky terrain and long, snowy winters was another important contributor to its evolution.

Additionally, the breed’s habitat had relatively short summers that brought luscious pastures on which to feast, but also a great deal of work to be done as well.

Living in these conditions for centuries, the Vyatka developed into a very hardy, sensible horse capable of thriving on little forage, with tremendous endurance, an energetic temperament, and enough power to perform expected draft work.

Troika racing, a sport in which three horses are harnessed side by side, typically to a sleigh, has historically been one of Russia’s most well-liked equestrian events.

By the middle of the 19th century, the Vyatka had already established a reputation for being the finest troika horse in Russia.

As a result, numerous Vyatkas were sent to other regions of Russia and even Poland.

Crossbreeding in conjunction with the mechanization of transportation, agriculture, and industrial activities, were almost fatal for the Vyatka horse, and by 1917 the breed was almost extinct.

Thankfully, following the Russian Revolution in 1917, measures were done to re-establish the breed using the few surviving purebred Vyatkas as well as horses having a significant amount of Vyatka ancestry in their bloodlines.

The breed’s uniform coloring, which was always dun with unique primitive markings, was lost as a consequence of the necessary introduction of non-Vyatka blood.

Overall, though, the re-establishment was a success, with an estimated 2,000 Vyatkas living in their ancestral territory in 1980.

Since then, however, there has been a further drop in population, and the breed is now considered to be endangered.

The head is clean-cut with a wide forehead and a broad jaw.

The neck is thick and short, and often arched.

The chest is deep, the back is long and wide, and the croup is broad.

The legs are strong and rather short, even though the hind legs are often sickle-hocked.

It has a long, thick mane and tail, and it develops a heavy winter coat as well as a layer of subcutaneous fat as a means of providing protection against the severe cold.

Overall, it is a stocky, muscular horse with incredible stamina and speedy gaits.

The Vyatka’s initial coloring was dun or red dun, and it had primitive markings, such as a dorsal stripe, a cross on the shoulder, and zebra stripes on the legs.

However, as the breed was re-established in the 20th century, the coloring began to diversify to include more dun and roan varieties in addition to brown, bay, chestnut, and black coat colors.

Very economical to keep and has a sound constitution