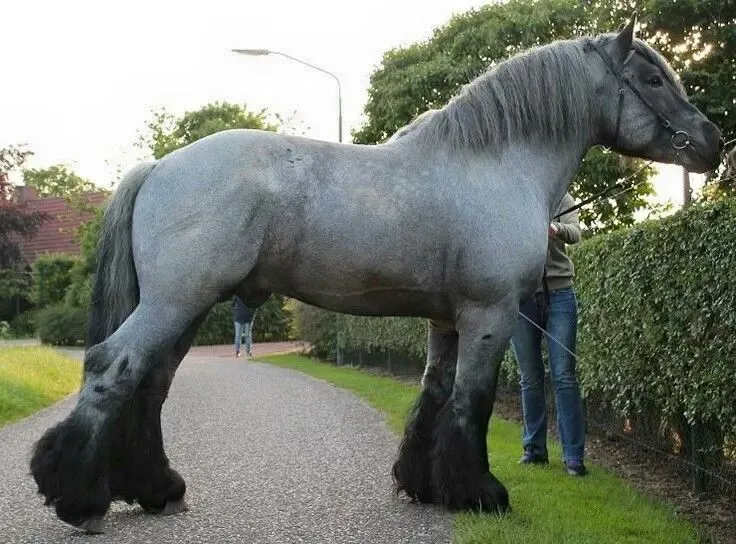 Dutch Draft Horses are a breed of draft horse that originated in the Netherlands.

They are well-known for their heavy muscling and calm dispositions.

If you’re thinking about adding a Dutch Draft Horse to your stable, or just want to learn more about these rare animals, here is everything you need to know.

Here are some of the key things you need to know about the Dutch Draft horse:

After WWI, powerful draft horses from the Dutch province of Zeeland were crossed with Belgian Ardennes and Belgian Draft horses to create the first Dutch Drafts.

These horses quickly gained widespread acceptance as reliable workers helping farmers in their daily duties on Holland’s vast arable fields, where the terrain varies from hard clay to sand.

Following the end of World War II, tractors and other machines began to replace the working animals on farms, and as a result, the need for draft horses quickly decreased.

However, the breed is not regarded to be in danger of extinction.

The legs are muscular, with strong and firm hooves.

There is heavy feathering on the legs.

Most commonly bay and gray, even though black is also seen