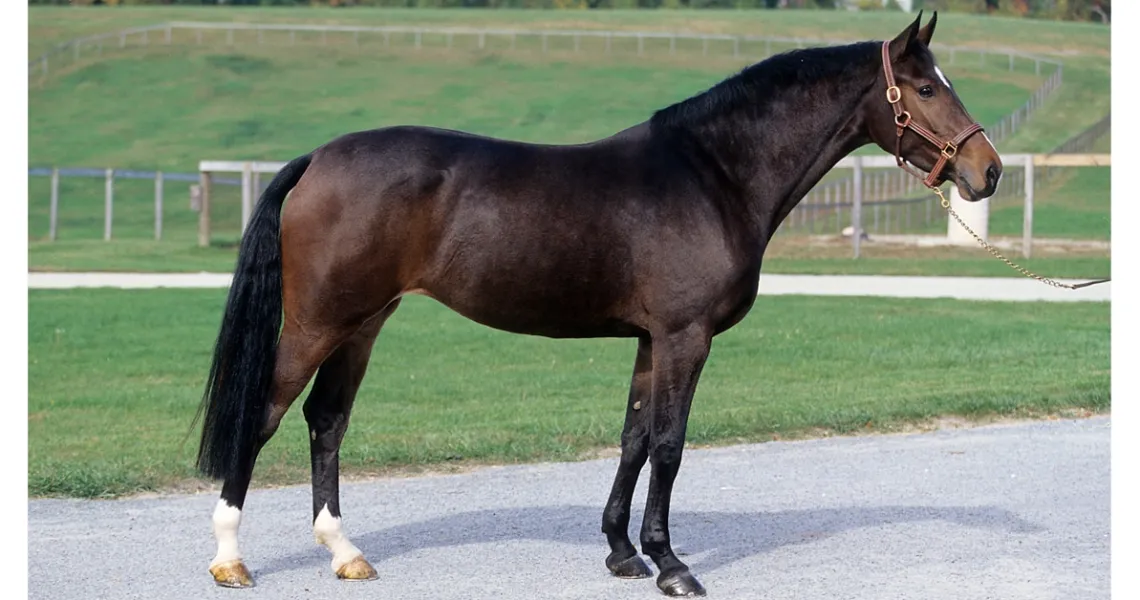 The Holsteiner horse is a warmblood breed that originated in Germany.

They are known for their athleticism, smooth gaits, and jumping ability.

In fact, many of the top show jumper horses in the world are Holsteiners.

If you’re interested in owning one of these horses, or just want to learn more about them, read on!

Here are some of the key things you need to know about the Holsteiner:

Holsteiner is a type of a German warmblood horse.

It is not a breed of its own, but rather a warmblood type from Germany named after the region it is from.

The origins of the Holsteiner horse may be traced back more than 700 years to the region of Schleswig-Holstein in northern Germany.

Since the first century A.D., a small local horse is thought to have existed there.

In the 13th century, monks in monasteries of Uetersen began breeding bigger horses from the small native horses of the Haseldorf marshes, which were better suited for farming in the harsh environment and riding in times of war.

In order to produce a horse that was robust, dependable, athletic, and brave, the monks crossbred the local horses with Spanish, Neapolitan and Oriental horses.

Monks were for the most part the most educated people in Middle Ages societies, so it was up to them to keep accurate records, as they did.

With their ground-covering and high-striding gaits, the breed had gained recognition as excellent driving horses by the 1800s.

But the farmers who kept breeding them also valued the toughness and willingness of the Holsteiner horses.

European horse breeding underwent a transformation in the 19th century, with the fast English Thoroughbred taking the place of the compact and strong Baroque horses as the main stock used to improve regional horse breeds.

As long coach journeys became less common with the improvement of roads and the development of locomotives, the production of beautiful carriage horses became the primary focus.

Cleveland Bays and their Thoroughbred-infused relatives, the Yorkshire Coach Horses, were brought from Britain to improve the Holsteiner, but the breed remained even-tempered.

Within five years of establishing the Holsteiner stud book in 1891, Georg Ahsbahs also established the Elmshorn Riding and Driving School.

Also, farmers stopped breeding horses during that time, and subsequently the Traventhal State Stud was closed down.

The Board of Directors of the breeders’ federation decided not to let the agricultural horses go extinct as a breed.

Instead, they bought 30 Holsteiner stallions and three Thoroughbreds, and redirected the breeding in an entirely new direction.

They improved the breed by crossing it with Thoroughbred and French stallions to make it taller, faster, more agile, and a better jumper.

These shifts have grown increasingly significant during the last 20 to 30 years to meet the needs of the new market of sport horses, and today’s Holsteiners are even more refined.

Even though the population is relatively small, Holsteiners are a dominating force in international show jumping.

They are also found at the highest levels of dressage, combined driving, show hunters, and eventing.

Some critics of certain lines within the breed argue that the strong focus on jumping performance leads to elite athletic jumpers, but at the expense of rideability, despite the fact that the breed as a whole is generally well-balanced and reliable.

The head is attractive with big eyes, even though in the past centuries the ‘roman nose’ was the trademark of the breed.

The frame is medium, and overall the Holsteiner is a well balanced horse with elegant and elastic movements, and excellent jumping ability.

Their canter is light and is considered the best gait of the Holstein horse.

Dark colors are the most common, even though gray is also seen.