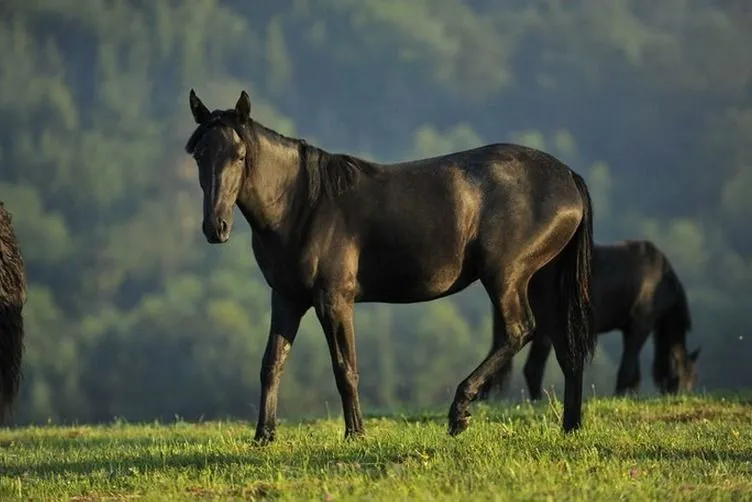 This unique breed is known for its athleticism, strength, and beauty.

In this article, we will tell you everything you need to know about the Kabarda horse.

So, if you are interested in learning more about this amazing breed of horse, keep reading!

Here are some of the key things you need to know about the Kabarda horse:

Knowledge of the Kabarda horse dates back at least 500 years, but its possible ancestry dates back to the time of the Hittite civilization (1680-1178 BC).

Since the 16th century, mountain tribesmen in the northern Caucasus have carefully bred Kabarda horses for the capacity to survive in harsh environments.

In order to do this, they used the bloodlines of popular steppe breeds including the Karabakh, Arabian, and Turkoman (present-day Akhal-Teke breed).

For countless generations, Kabarda horses were an integral part of mountain tribes people’s daily lives, and in the 18th and 19th centuries, they played an important role in the region’s resistance to Russian imperial power.

Because of their superior toughness, endurance, and agility in the mountains, they were able to outperform the opponent’s horses.

Since then, several armies have used Kabardas as cavalry mounts.

Kabardas saw a sharp decline in population after the fall of the USSR, and by the 1990s the breed was in risk of becoming extinct.

Thankfully, a German enthusiast promoted the breed across Europe, reviving enthusiasm that allowed local breeders to keep it going.

Kabarda horses may currently be found throughout Europe, as well as in their native region along the Russian-Georgian border.

When raised in their native country, Kabarda horses are still typically kept in herds of 20 mares and a stallion.

They spend the summer in the alpine meadows following the line of melting snow in the spring.

In the fall, they return to the steppe, where they spend the winter under the careful supervision of their herders.

Kabarda is an incredible mountain horse, incredibly surefooted, fast, agile, sensible and resistant to the cold.

Their head is long and proportionate, often featuring a Roman nose.

The eyes are expressive and bright, and the ears are mobile and alert.

The shoulders are straight.

The loin is somewhat concave, and while that is an undesirable trait in most breeds, it gives them high action and a powerful impulsion that is excellent for moving smoothly over steep, rocky terrain, but not so great for speed (that is why in the past they were often crossed with Thoroughbreds in the past, producing the Anglo-Kabardin).

They have a strong bone structure and hooves that are as hard as rock, along with a well proportioned, muscular body.

They have very long and thick manes and tails.

In comparison to many other horse breeds, Kabardin horses are able to make more efficient use of oxygen thanks to their very strong hearts and lungs.

Also, they perform better at high elevations than other horses because their blood has a greater oxidizing capacity.

It is known that a rider rode a Kabarda horse to the top of the highest peak in the Caucasus Range, standing at 18,500 feet (5,642 meters) above sea level.

They have a remarkable ability to find a safe way home in the dense fog and also in the dark with amazing precision.

In addition, Kabardas are renowned for their endurance as well as their capacity to adapt to harsh surroundings.

This breed is very similar to the Tarpan, and other wild horses of Asia.

Some Kabardins are gaited and pace naturally in a fast, side-to-side trot.

Bay, dark bay and black, and mostly without white markings

They have incredible endurance, and many are gaited