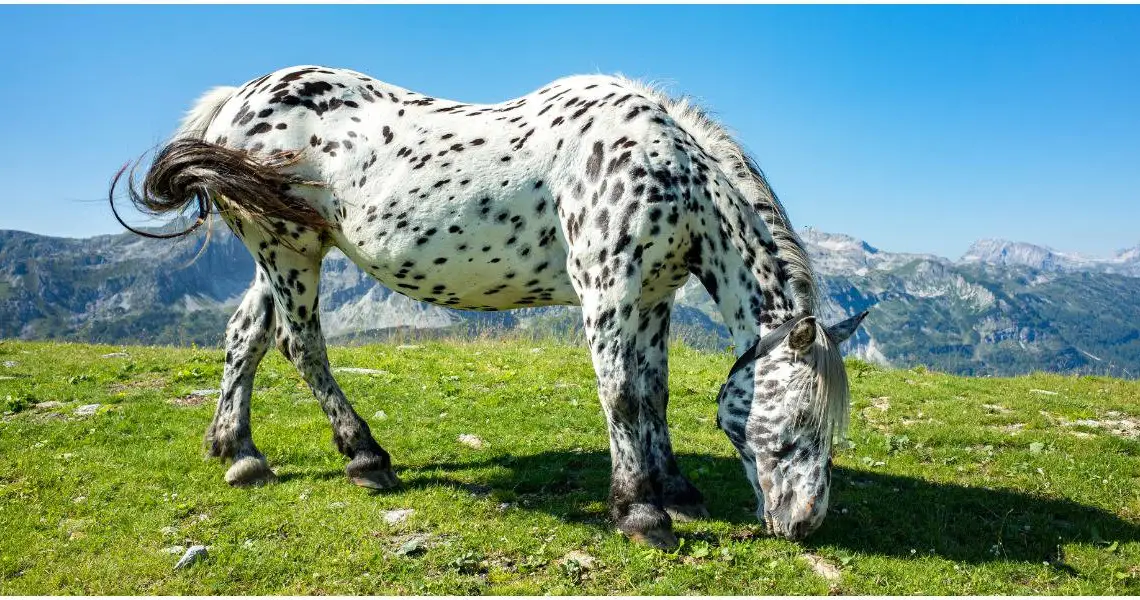 This breed comes from Austria and is known for being tough and sturdy.

The ancient Roman province of Noricum, which was approximately comparable to the modern-day territory of Austria, is where the Noriker horse got its name.

Noriker horses are bred mainly for their temperament, intelligence, and strength, making them ideal for light draft work or recreational activities like driving or trail riding.

They are also considered good family horses that are suitable for both children and adults.

If you’re thinking of adding a Noriker horse to your stable, here’s everything you need to know about this unique breed.

Here are some of the key things you need to know about the Noriker:

The Noriker is thought to be native to the central Alpine area of Europe and to have originated around the Grossglockner, the highest peak in Austria.

There is evidence from ancient archaeological sites that Celts in the alpine area kept horses, and even spotted horses, as early as the 6th century B.C.

Heavy Roman draft horses were brought into Central Europe when the Romans established the province of “Noricum” more than 2,000 years ago in the Austrian Alps.

When local Celts crossed their native horses with these larger horses it led to the development of a new breed of horse in the region known as Norics, or Norikers.

These horses are typically found in the Austrian alps, living in elevations of 6,000 feet (1,800 meters). They are very tough horses that can withstand the elements with ease.

They spend their whole lives outside, and get little supplemental feeding, which has resulted in a very hardy and resilient animal.

Controlled and regulated breeding for the Noriker horses began 400 year ago, and in order to make the Norikers bigger, they were bred with other, bigger European horses.

Additionally, the breed was improved through crossbreeding with Spanish horses.

The breed played a significant part in the transportation of goods over the Alps.

They brought salt, gold, and Celtic iron from Salzburg to Italy, and on the way back, they transported wine and spices.

This use created a powerful, long, deep-barreled and sure-footed horse well adapted to the Alpine terrain.

Due in part to the Romanophile mindset of the time, the original name Pinzgauer horse was changed to Noriker horse around the end of the 19th century.

It is interesting to note that horses are still used in forestry in the Alpine region, since the terrain is not always suitable for heavier equipment.

That might be the reason why, contrary to the fate of many other draft breeds, their numbers have not been significantly impacted by the 20th century.

The usage of Noriker horses in agricultural settings did not begin until much later, during the time of industrialization in the 20th century.

The Noriker is still highly well-liked among farmers and serves as a source of pride for them during festivals and traditional competitions.

There are five sire lines that all of the stallions can be traced back to: Vulkan, Nero, Schaunitz, and Diamant and Elmar.

The head is dry and it is attached to a strong neck.

Lower back muscles are not too pronounced, and the back is sturdy.

The legs are strong.

Overall it is a compact, medium-heavy mountain draft horse with muscular physique, and correct conformations.

Movements have a wide range and a rhythm that is smooth and fluid.

Bay, black, and chestnut make up about 90% of coat colors, and the rest have roan or pied/tobiano or leopard coat patterns