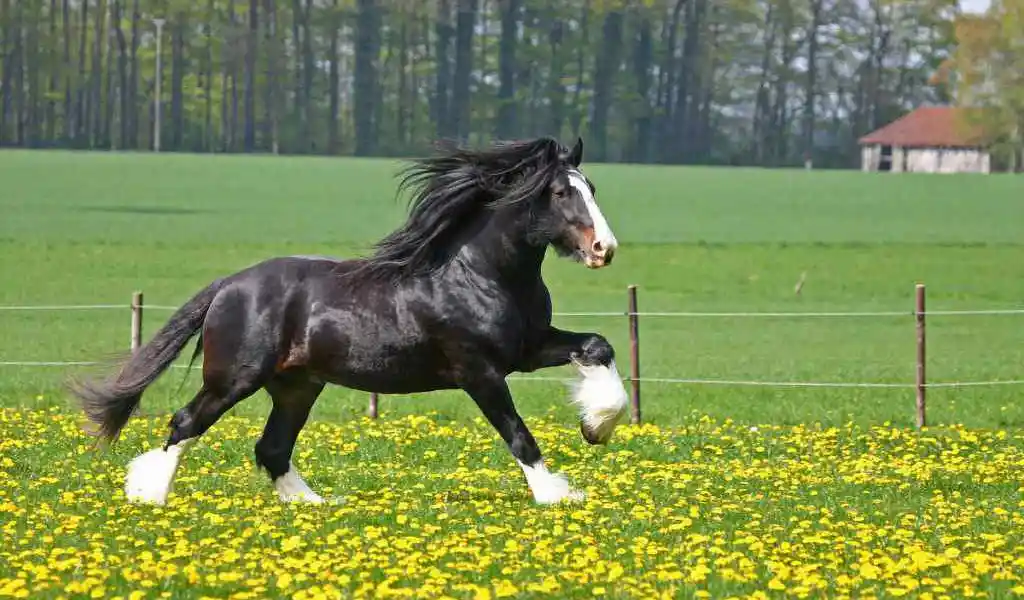 Shire horse, a breed of draft horse native to central England. It is equal in weight to the Belgian horse and is usually slightly taller. Widely used as a war horse during the Middle Ages, it was well adapted to carry the excessive weight of armor worn by both horse and rider. The Shire was introduced to the United States in the late 1800s, but was never as popular as the Clydesdale or Percheron. It is similar in appearance to the former, with feathery fetlocks.

The Shire is a descendant from the medieval warhorse, the Great Horse. The Shire was developed in England first to be used in war and later to work in farms as a draught horse. Friesians and Flanders horses were taken to England by the Dutch and were bred with local specimens. The result would be a resistant horse able to work in the land and carry heavy weights.

In the end of the 19th century, it was created the Old English Cart Horse Society and the Stud Book was published. Six years later the name of the breed would be changed to Shire. The breeding process was submitted to a thorough scrutiny. The formalization of the breeding was the start up point for the growing Shire’s popularity.

The industrial revolution made the use of the Shire in agriculture and transportation something of the past and the breed rapidly lost terrain, literally, to the tractors and other machinery. In the mid 1900s, it was clearly that the breed was practically struggling for survival. What it was once a horse in every corner of the English countryside became no more than a relic of a few breeders. An incentive breeding program for the Shire set up a “revival” wave for the breed that is now recuperating admirers.

Shire horses on average tend to be the tallest and heaviest of all draft breeds.

The most recent Shire to hold the record was Goliath, a dray horse for the Young & Co. brewery who held the Guinness World Record for the tallest living horse at 19.2 hh (1.98 m) until he died in July 2001.