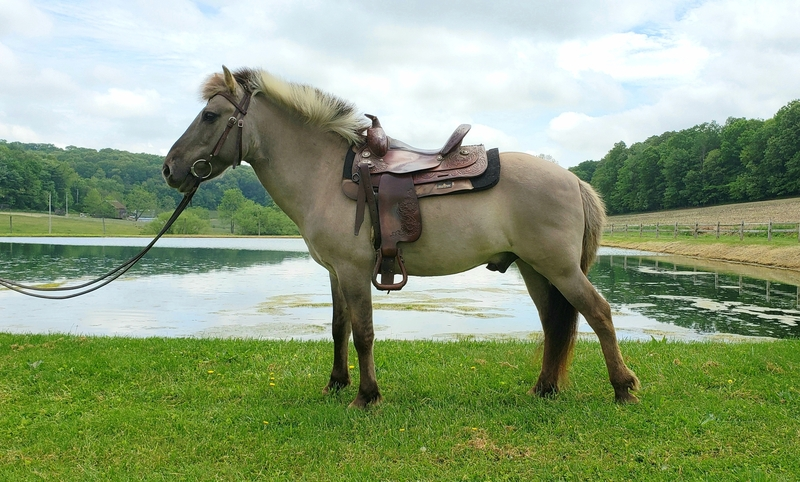 The Tarpan is an extinct horse subspecies known scientifically as Equus ferus ferus.

During the ice age, the Tarpan evolved from Equus ferus, which was widespread from western Europe to Alaska and in areas of eastern Europe and the Eurasian Steppe.

If you are looking to learn more about this important and extinct breed, read on!

Here are some of the key things you need to know about the Tarpan:

History of the Tarpan

The Tarpan roamed from southern France and Spain all the way to central Russia.

Tarpan-like cave images have been discovered in France and Spain, and artifacts depicting this animal were discovered in southern Russia.

Tarpans are also often referred to as Eurasian wild horses, and it is thought that they were initially domesticated in Russia around the year 3000 BC by Scythian nomads.

The name Tarpan originates from a Kazakh or Kyrgyz word tarpan or tarpani, which means ‘wild horse’.

During the 15th and early 16th centuries, the eastern region of Prussia was still home to large populations of wild horses, and the Tatars and the Cossacks differentiated between the wild and the feral horses (known as takja or muzin).

There is evidence that many of the breeds of horse found in Europe and Russia descended from domesticated Tarpans, despite the fact that their impact on the contemporary horse has been the subject of considerable controversy.

Extinction of the Tarpan

The natural habitat of the Tarpan was significantly reduced over time as the human population in Europe increased and farming and agriculture became the predominant means of survival.

They were also hunted, both for food and to keep them from competing with domesticated animals for food and water.

Tarpans were also known to cause crop damage and to steal and interbreed with domesticated mares, resulting in unwanted offspring.

The Tarpan horse became extinct in the wild between the years 1875 and 1890, and the last free-ranging mare that was thought to be a Tarpan was killed by accident during an attempt to capture her.

The so-called Cherson tarpan, which was captured as a foal close to Novovorontsovka in the year 1866, is the only known member of this species to have been photographed.

However, because it showed practically none of the characteristics of a wild horse as recorded in the historical records, the nature of this horse was called into question throughout its lifetime.

The last captive tarpan died in a Russian zoo in 1909.

It is also possible that the majority of the Tarpan specimens that were still alive in the 1800s were hybrids as a result of interbreeding, which was another important contributor to the loss of the species.

Modern Recreations of the Tarpan

Shortly after Equus ferus ferus went extinct, attempts were undertaken in Poland to conserve the primitive hybrids that had survived in the hands of local farmers and still exhibited many Tarpan features.

These horses are known as Konik and lived in a national park with the purpose of ‘breeding back’ the Tarpan. During World War II some animals were sent to Germany and many were lost.

Today, the Konik thrives not just in Poland, but also in nature reserves across Europe.

However, the Konik is not the only “modern Tarpan” today.

During the 1930s and 1940s, two German zoologists named Heinz and Lutz Heck created what is known as the Heck Horse.

In the 1950s Harry Hegardt started his own breeding program after seeing numerous Tarpan-like characteristics in wild Mustangs and ranch horses in the United States.

Eventually, he was successful in breeding back the size, coloring, and the stand-up mane of the Tarpan.

Breeders of Heck, Hegardt, and Konik horses have all made the claim that they have successfully “bred back” the Tarpan.

However, experts argue that these horses are still Equus ferus caballus and that they can never replace the genetically different Equus ferus ferus.

The head was thick and of medium size with a wide forehead, arched muzzle and small ears.

The neck was short and strong.

The back was short, and the croup was rounded and somewhat arched.

The legs were short and often had zebra-like stripes on the pastern.

The body was overall strong and compact.

Due to the lack of clarity in historical accounts, it is no longer possible to determine whether these horses had standing manes like wild equines, or falling manes like domestic horses.

Generally mouse-gray, with a light belly, a dorsal stripe, dark legs and zebra stripes on the legs

Tarpans once roamed over most of Europe, and parts of Asia