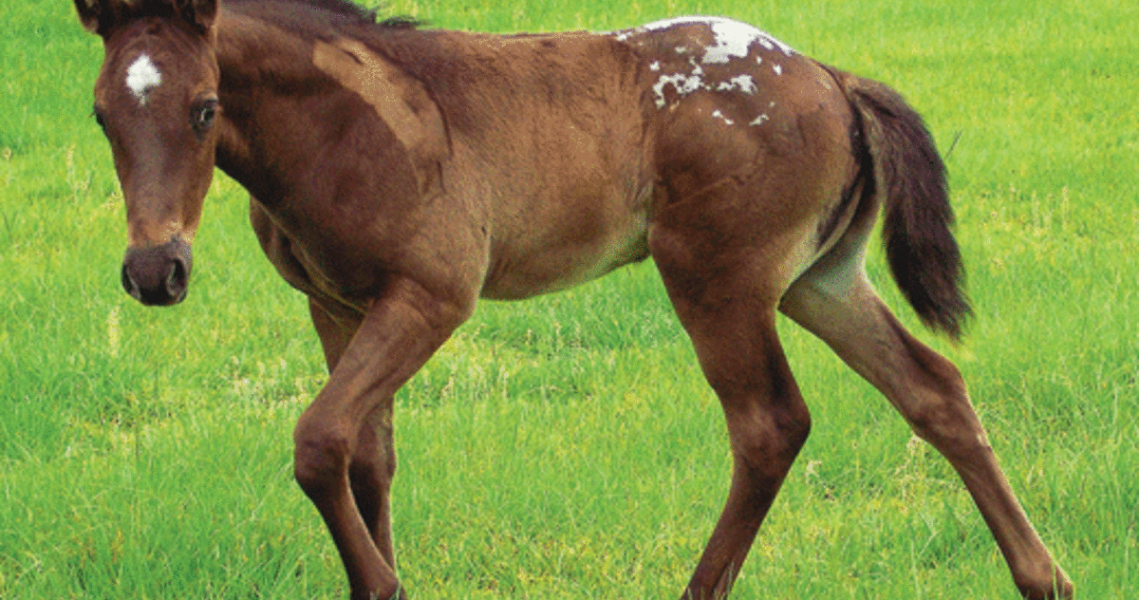 The Walkaloosa horse is a rare breed that originated in the United States.

They are known for being versatile and good natured, making them perfect for all kinds of riders.

So, if you’re curious about the Walkaloosa horse, keep reading!

Here are some of the key things you need to know about the Walkaloosa:

The Walkaloosa is just what the name implies – an Appaloosa with an ambling gait; the result of crossing the Appaloosa horse with other breeds like the Paso Fino, Peruvian Horse or Missouri Fox Trotter.

Despite being mentioned in historical accounts for hundreds of years, they weren’t recognized as a registered breed until 1983.

In 1938, under the name of Appaloosa Horse Club all breeds of horses that exhibited the leopard coat pattern that is characteristic of Appaloosas were united together with the goal of establishing a breed registry.

At the time, no difference was made between gaited and non-gaited Appaloosas, therefore they were all registered as Appaloosas.

However, the AHC no longer accepts for registration any Appaloosa colored foal whose parents are from a gaited breed.

It wasn’t until nearly half a century later, in 1983, that the Walkaloosa breed registration was established with the intention of maintaining gaited breeds that had an Appaloosa coloring.

A horse must meet one of the following requirements in order to be considered a Walkaloosa:

The foundation Walkaloosa horses trace back to the now extinct Spanish Jennet horses brought to the New World by Spanish explorers.

These horses carried the spotted coloration that is the hallmark of Appaloosas, and were gaited.

The horses subsequently became interbred with other Spanish colonial horses and made their way into the wild herds of the Southwest, from where they expanded farther north.

The Nez Perce, who lived in Washington, Oregon, and Idaho, were introduced to these horses about 1700.

The Nez Perce were skilled riders and used their knowledge to breed horses that gained widespread acclaim.

The Nez Perce horses who were considered to be of the highest quality had a distinctive stride that had been passed down from their Paso Fino ancestors and was eventually given the name “Indian Shuffle”.

At a time when the ordinary horse could be purchased for as low as $2 dollars, cowboys were ready to spend $50 dollars or more for a fine Appaloosa Shuffler.

Not only was it a status symbol, but the smooth pace was as gentle on the cowboy and his belongings as it had been on the Spaniards and Indians before him.

The Tiger Horse is a related breed that is also basically a gaited Appaloosa.

However, the difference with the Walkaloosa is that the Tiger Horse registry only accepts the original gaited Appaloosas in order to conserve them before they are lost altogether, and doesn’t allow additional gaited breeds.

However, contrary to what the breed’s name indicates, a Walkaloosa does not necessarily need to have Walking Horse ancestry in order to be a Walkaloosa.

Any combination of a naturally gaited horse with an Appaloosa coat pattern qualifies as a Walkaloosa, and the numerous approved gaits include the Fox Trot, the Running Walk, the Rack, and the Stepping Pace as well as essentially any smooth saddle gait that falls between a trot and a pace.

However, despite the fact that there are a great number of possible conformation types, there is a breed standard that is intended to promote the ideal look for the breed.

This has been done with the intention of producing a horse that is beautiful as well as functional, and that has a calm temperament in addition to smooth gaits.

Walkaloosa horses should be bred for harmony of form and balance of movement, with the ideal Walkaloosa moving with energy, rhythm, and elegance.

They should have colorful coats, intelligent minds, great conformation, and the genetic potential to pass on these characteristics to their offspring.

Breeders of Walkaloosa horses should maintain a strict adherence to a breed standard that promotes soundness and versatility, as well as confirmation requirements that encourage a sound, resilient, and long-lived horse.

Because the register is now available to so many various breeds of gaited horses, the Walkaloosa comes in many different body types.

However, the combination of the coloring and the smooth, natural gait is what makes them unique.